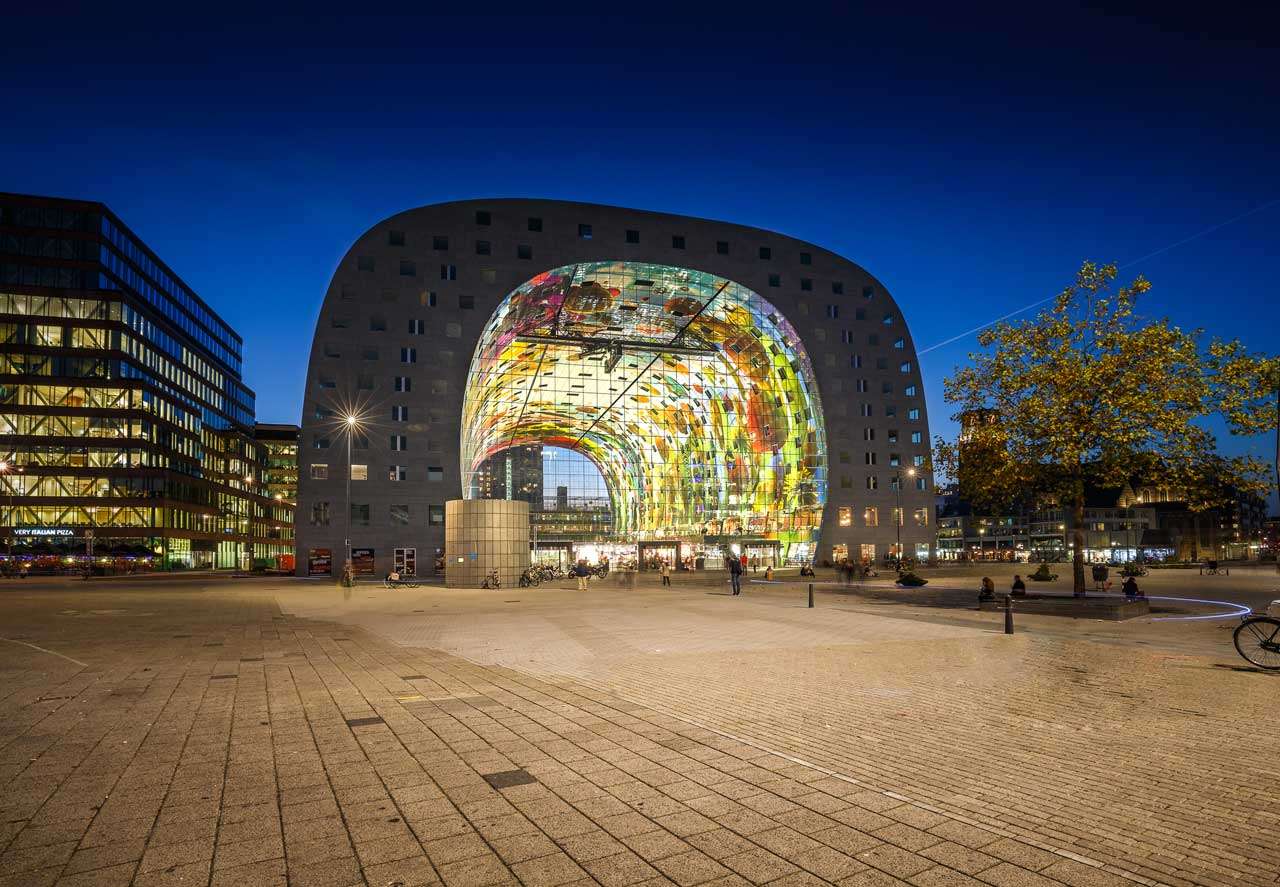 Architecture and tourism, a perfect combination for summer holidays.

Architecture and tourism, here are the top 5 destinations to immerse yourself in the best of contemporary architecture.

The first destination is Rotterdam. Although not as picturesque as the “rival” Amsterdam. Its numerous museums, including the Museum Boijmans Van Beuningen and the Kunsthal Rotterdam (OMA), enjoy international fame.

Rotterdam is a veritable open-air laboratory of architecture. The heart of the city was completely destroyed by the Luftwaffe during the Second World War. Since the 1980s, an urban and architectural policy has given way to reconstruction.

The incredible skyline of the buildings built on the Wilhelminapier earned the city the title of “Manhattan on the Meuse”. The silhouette that dominates most the skyline is that of De Rotterdam (OMA). Three interconnected towers for mixed use, designed by Rem Koolhaas. The work was completed in 2013.

De Rotterdam is flanked to the north-east by Renzo Piano’s KPN Tower, to the southwest by the residential towers of New Orleans Alvaro Siza, Montevideo of Mecanoo, and the World Port Center of Foster & Partners.

To access the area cross the Luxor Theater, considered by many to be the most beautiful theater in the Netherlands. Adjoining here is the icon par excellence of Rotterdam: the Erasmusbrug, known as the Swan for its asymmetrical white pillar.

The most recent additions to the architectural scene of Rotterdam are the Central Station and the Markthal, an amazing mix of features. The impressive arched structure houses private apartments, and a covered market on the ground floor. Not far from the Markthal there are also the characteristic cubic houses, another icon of the Dutch city.

The second goal is Copenhagen. The capital is home to some of the most important offices on the Scandinavian and international scene.

The works of the New Danish Wave have many points in common and are characterized by great attention to environmental and social sustainability. An example are the Mountain Dwellings (BIG), which become an opportunity to turn a lot used for two thirds parking in a roof garden of housing. Also incredible are the VM Houses and the 8 House, where a continuous ribbon of public green creates a cycle promenade that connects the houses from the ground to the tenth.

But Ørestad is not just housing. There are numerous public buildings of very high architectural quality, such as the Ørestad Gymnasium, the Bella Sky Hotel and the Danish Radio Concert Hall.

The center houses outstanding works by the previous generation of Danish architects, such as the Library, the Copenhagen Opera House and the Danish Design Center. As for public spaces, the Superkilen is a multicultural city park, full of tangible symbols from the 57 ethnic groups living in the Nørrebro district.

Finally, The Blue Planet, the most recent addition to contemporary architecture, is the largest aquarium in Northern Europe. The building has a shimmering aluminum-clad casing that resembles both the scales of a fish and the movement of the sea waves.

The third destination for those who want to combine architecture and tourism is Berlin. Even the German capital is the result of post-war reconstruction and post-fall of the Wall in 1991.

In Berlin it is possible to find gems of contemporary architecture in the most disparate places. But the adoption of the architectural canons of the Kritische Rekonstruktion, has slowed down the progressive impulse especially in Mitte, in favor of traditionalist architectures.

An example is the DZ Bank on Pariser Platz by Frank Gehry. The German architect elaborated the central atrium with a complicated lattice coverage system and a highly complex auditorium.

In this perspective, the building of the Dutch Embassy (OMA) is very interesting, in which the rules of Critical Reconstruction are challenged. The building occupies the entire perimeter of the lot, but at the same time, through an isolated volume and irregular cuts on the façade, the divergences of ideas on the reconstruction of the city are reflected.

The other soul of Berlin is that opposed by the proponents of Critical Reconstruction and perfectly embodied by the Reichstag Dome, the GSW headquarters and the Potsdamer Platz buildings. All ultramodern and transparent glass and steel structures.

The city, an ideal combination of architecture and tourism, then offers numerous museums. Examples of excellence are the Jewish Museum and the Museuminsel.

Finally, the Neues Museum, winner of the Mies Van der Rohe 2011 prize. The original building was heavily damaged during the Second War. The restoration of the structure, which took place in 1998, gave rise to a structure that incorporates the existing factory with contemporary elements.

We then have Basel. The third city of Switzerland is on the border with France and Germany.

The works of Herzog & De Meuron, where the architectural firm is based, dominate in Basel. The new hall of the congress center, the Museum of Cultures and the rehabilitation center are just some of the many works of the Swiss duo, which boasts 26 works built in the Basel area.

The Museum of the Beyeler Foundation by Renzo Piano combines art, architecture and landscape in a unique experience. Finally, the Euregio-Geschäftshaus management center by Richard Meier and the Bank for International Settlements, by the Swiss architect Mario Botta, are worthy of note.

Finally London. The British capital, for lovers of architecture and tourism, is a constantly evolving destination.

The first example is the installation of Christo. The highly anticipated first public art work of this size by the Bulgarian artist is called The Mastaba. The work takes its name from ancient Egyptian monumental tombs. A large colored structure composed of barrels, which will float on the Serpentine Lake at Hyde Park until September 23rd 2018.

In addition, the London summer is marked by the Serpentine Pavilion, signed this year by Frida Escobedo, as an open-air extension of the Serpentine Galleries.

Then we have the requalification of King’s Cross Victorian gasometers. London gasometers were built in 1850 to store the gas used for lighting the city and for domestic consumption. When they were dismantled, structural frames made of circular beams resting on cast iron pillars were retained.

Today, thanks to the synergy of the municipalities of Camden and Islington and the railway company that owns the area, we are witnessing a vast urban regeneration project. The Gasholders studio by Wilkinson Eyre Architects has transformed Victorian gasometers into 145 residential apartments.

Finally, at the Coal House, in the west of the city, the new home of the Tom Dixon brand is to be seen.

The Coal Office is a space of 1,625 square meters along the Regent’s Canal. They host the offices for staff and a gallery, and seven railway arches, where Tom Dixon’s flagship store and showroom are located. 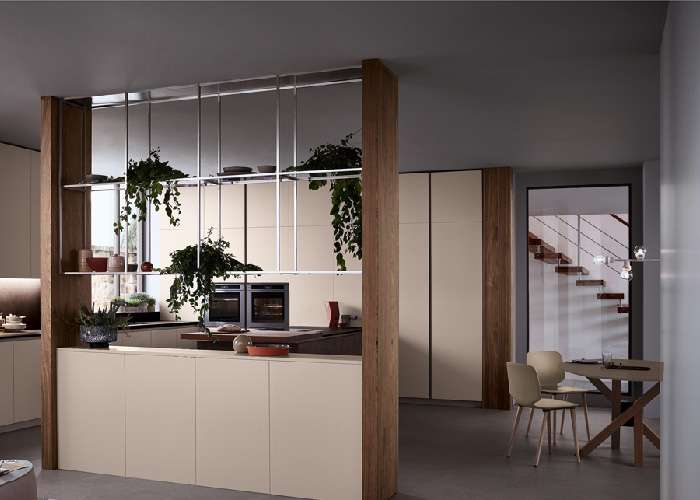